The Audacity to Fail
Newsletter

The Audacity to Fail newsletter gives context, transcripts, and recommendations based on upcoming and previous episodes. Sign up below to stay informed and updated.

I often wonder, should a person choose their dream or passion based on the storm they can handle?

This is episode 1 of The Audacity to Fail Podcast! I'm happy to be here and happy you're here with me!

For the episode, I wanted to kind of talk about what to expect from season 1. Let's hope my presumption in saying season 1 on episode one means more seasons to come.

What does it mean to have "The Audacity to Fail"? This is a podcast where together, we dive in on various topics to reach an answer that inspires us to start, keep going, or finally let go. Together, we'll talk and tackle the imperfect process of risk-taking paralleled with the imperfect process of learning from failure. We'll also tackle topics that involve adult make-believe, which I define as "Assuming future events based on the lack of evidence from present circumstances." We'll have people on the show who represent a broad view of lifestyles and professions; some will be award-winning names at a high in their journey.

In contrast, others will be names you've never heard of who are at the beginning of their journey. My hope is to inspire a sense of mission within us that's untethered to an unhealthy pressure to be more than what we considered initially was enough. I also hope that by accepting failure as inevitable, those who view happiness as a destination felt at the end of their journey will understand it as having present gratitude during their journey.

Who am I? I'm just a regular guy who's become exhausted with the flood of videos, memes, audiobooks, and podcasts solely focused on success— while guilt-tripping failure, mistakes, and the fear to start.

Big or small, we all succeed and fail at something—or some things—every day. Both are guaranteed and entirely unavoidable, yet we fear one and celebrate the other like they aren't hand-in-hand.

Booker T Washington states, "Success is to be measured not so much by the position that one has reached in life as by the obstacles which he has overcome." I personally translate his quote as "Success not being the measure of how far you have left to go, but where you're at and how far you've come."

Sure, the measured conclusion could become a best-selling memoir or Oscar-winning story. I think of it as a fail-forward collection of solved problems we pass down, so that future generations have the bandwidth to solve larger problems—and so on.

I'm failing-forward in making this Podcast for the future listener who weathers the storm of their dream or passion due to a specific episode.

Because every dream has a storm. Right? Every single one.

I often wonder, should a person choose their dream or passion based on the storm they can handle? Suppose every dream has a storm or set of inevitable failures. In that case, one must choose the one they have the audacity to fail in. When you have the audacity to fail, the worst-case scenario can turn into the best-case scenario. Maybe that's a question I'll ask in future interviews. What do you think?

Anyway, this Podcast is a journey I would be honored to experience with you all. So, Subscribe on your favorite Podcast platform like the one you’re listing to now, and head over to theaudacitytofail.com, and subscribe to my newsletter. I release one with every episode, that includes transcripts, links, and further reading that may have you grab more value out of each episode.

I’m excited to be on this journey with you guys.

Talk to you later.

where to listen
Spotify Podcasts 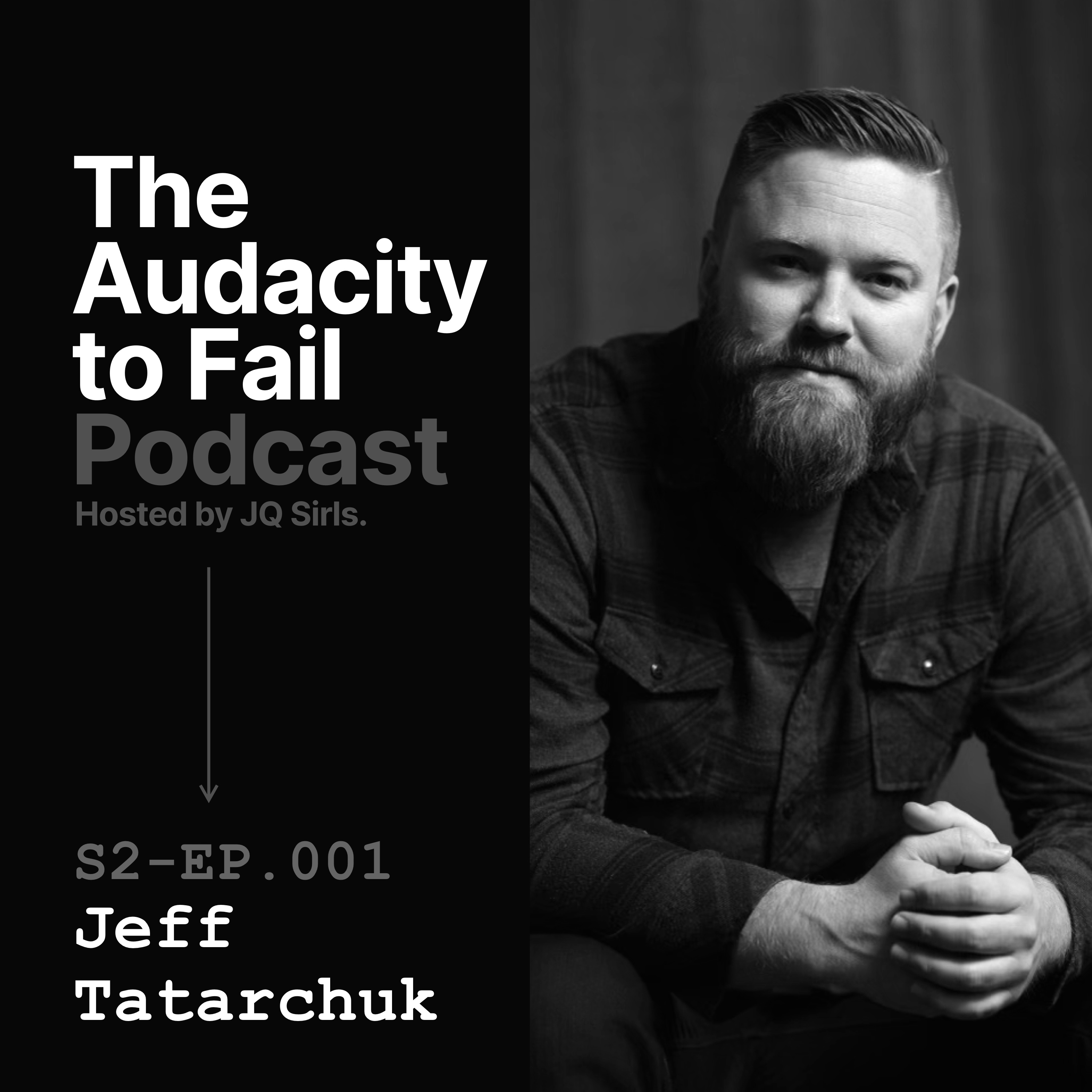 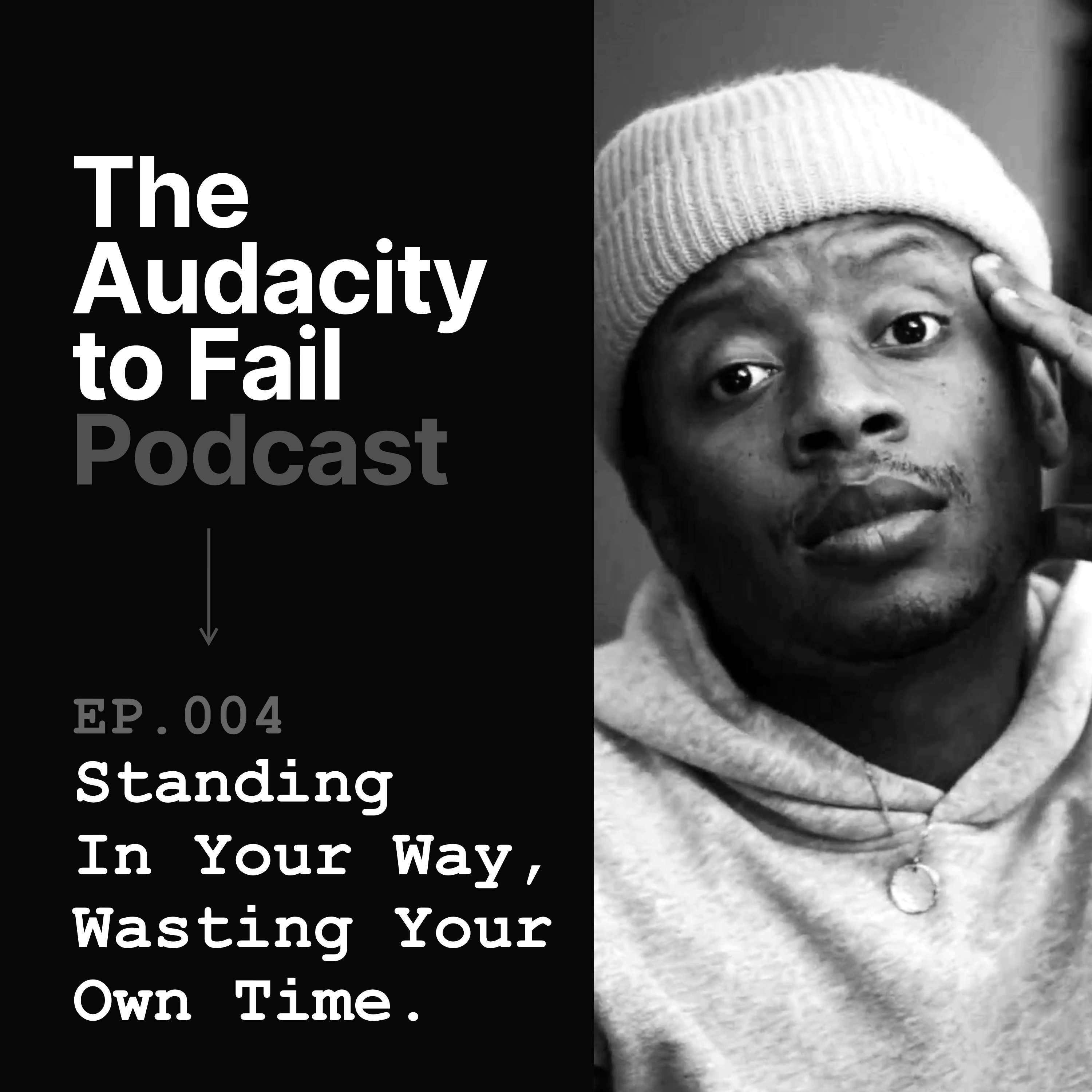 Standing In Your Way, Wasting Your Own Time. 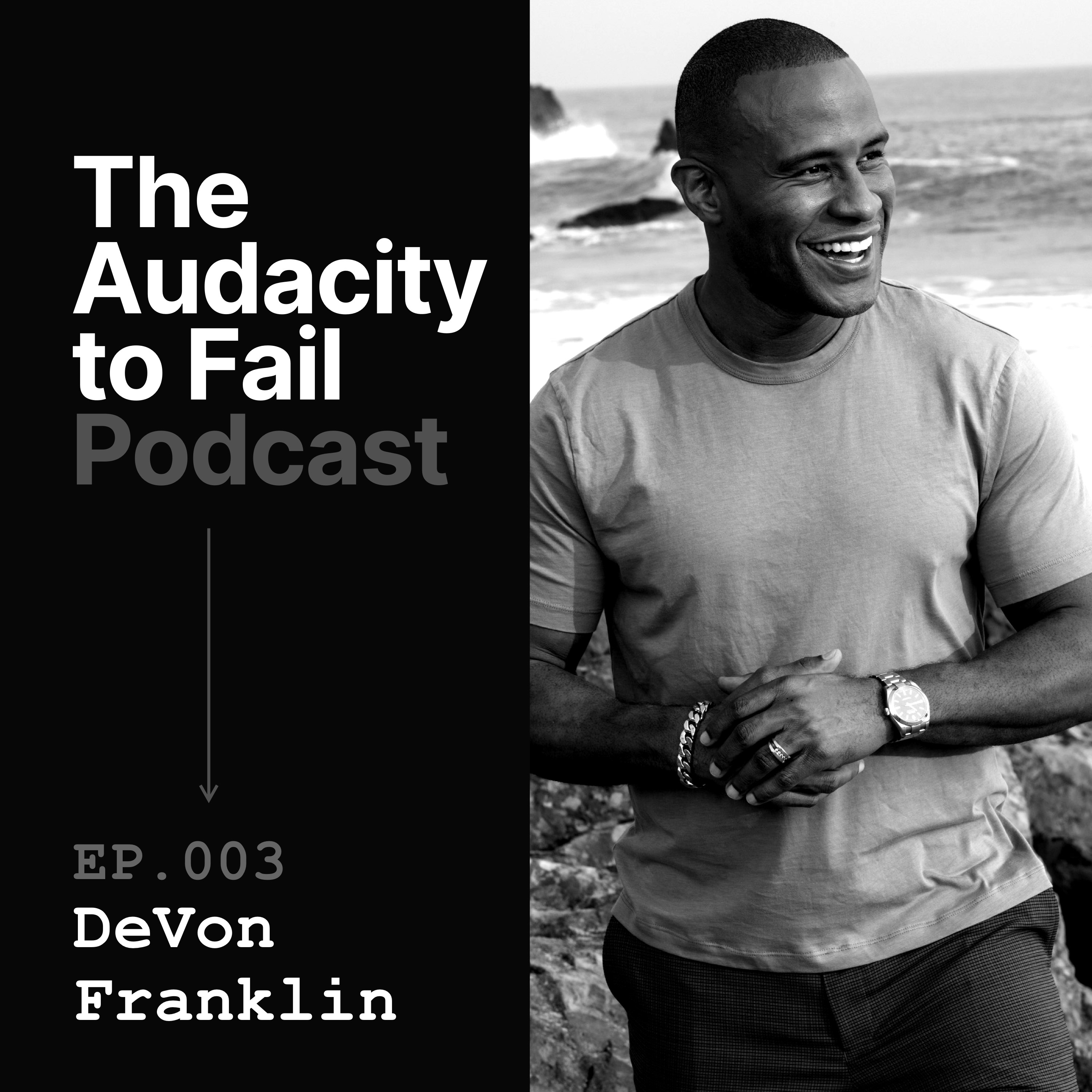 DeVon Franklin: How to Live Life on Your Terms

The
Audacity
to Fail
Newsletter

For Context. Written by JQ Sirls.

The Audacity to Fail newsletter gives context, transcripts, and recommendations based on upcoming and previous episodes. Sign up below to get companion write-ups on the same day an episode premieres.

You're signed up!
Oops! Something went wrong. Please try again.